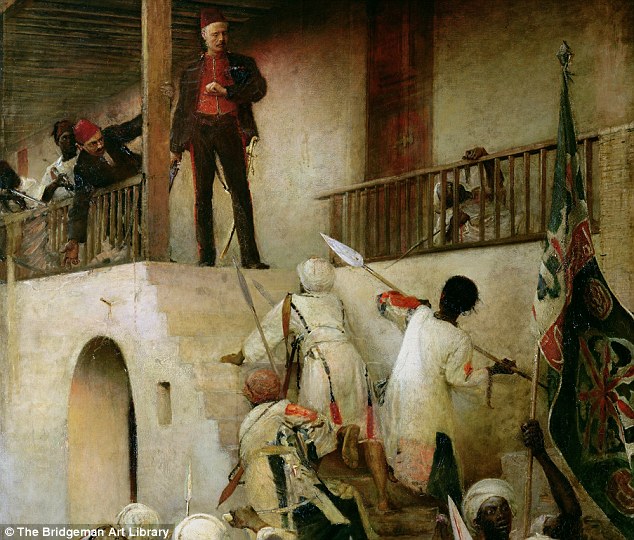 The British imperialists take Sudan. First, they send Gordon, acting in the name of the Khedive of Egypt. That doesn’t go so well. The next expedition culminates in the brutal battle of Omdurman in 1898, the quintessential colonial military mismatch and the demonstration for the colonial use of the machine gun. We tell Gordon’s story in detail, and tell the story of the Mahdi and his successor the Khalifa, also in some detail, trying to get at least a little bit beyond what his British enemies (and captives) said about him.

A peace accord has been signed in Sudan. For those who know a little bit about the conflict, it seems that the settlement is along the lines of what the Southern rebels have been demanding all along. Because the power-sharing agreement is to last six years, with revenues being split between north and south in the meantime, and at the end of which there is to be a referendum giving southerners the option of independence, there seems to be an incentive for the north to try to undermine the possibility of southern independence and weaken the south as much as possible leading up to the referendum. It is also a kind of ‘power-sharing’ formula between high-level leaders, like John Garang of the SPLA (southern rebel group) who will become vice-president, and the president of Sudan. Sudan has had these kinds of agreements in the past, and they were undermined syatematically — the ‘peace’ agreement just marked a pause, or a break, while preparations for renewed offensives were being made.

There is good reason to think that is what is going on here. The atrocities that have been going on in Sudan in recent months are between regime-backed militias and a southern population in Darfur — a conflict that is not touched by this ‘peace’, according to the article: “The peace accords do not take into account a new, related war in western Sudan’s Darfur region, where government-backed Arab militiamen have caused what the UN describes as “the world’s worst humanitarian crisis”.’

In the UK’s Daily Telegraph, apparently “hands President George W Bush a rare foreign-policy boost in a Muslim country.” That alone is cause to be dubious about the agreement. The last thing the US did for peace in Sudan was launch some cruise missiles at a pharmaceutical plant near Khartoum.