On the last day of defense evidence in the Assange Trial (September 30/20), a statement from Chomsky was read into the record. This is a solo episode where I go over Chomsky’s succinct, remarkable statement about power, propaganda, and the importance of Assange’s work.

Chomsky signed a letter about free speech and something called “cancel culture“, which has prompted a small social media wave of responses.

There is a good piece by Jonathan Cook about how focusing on Chomsky’s signature misses the point. But I am going to focus only on Chomsky here.

My argument: Chomsky’s most powerful message is anti-imperialism. Containing that message has been the preoccupation of the propaganda system since the 1960s.

In 1973, they shut down a whole company and pulped the print run of his book with Ed Herman, Counter-Revolutionary Violence.

Mostly, though after the peak of protests, he was just driven out of the mainstream. He published with activist publishers and the alternative media.

Like Z Magazine and ZNet, one of the principals of whom was Michael Albert, who’s now… a podcaster.

Beyond marginalizing him, they also smeared him. Because he compared Indonesia’s Timor massacres to Cambodia massacres, they called him denialist.

A French publisher slapped a free speech essay he wrote on a holocaust denier’s book, and they smeared him about that.

In the 1990s, a new generation of people discovered Chomsky on the web. The web was different then. Not fully sealed up by the tech giants.

Chomsky’s influence grew and some of the alternative media also grew and became mainstream or close. By the time of the Afghanistan War 2001, he could no longer be marginalized.

Indeed it became a good careerist move to make a showy denunciation of Chomsky in the mainstream. It worked for Samantha Power, for example.

A hilarious 2005 interview by Emma Brockes in the Guardian resulted in a very extensive corrections page that was basically a retraction.

Johann Hari, who went somewhat downhill and then turned around and did some good work since, invented a comment by Chomsky at a luncheon.

George Monbiot did the same in the 2010s, and others.

These are just off the top of my head and intended to reveal the particular way that Chomsky was handled by the mainstream in the 2000s: try to introduce inaccuracies and falsehoods; prove your liberal credentials by denouncing Chomsky the leftist.

Chomsky’s influence didn’t stop, but the whole media ecosystem that he analyzed has changed. So has the strategy for containing him.

The strategy today is to select the views that he holds that are closest to the mainstream and amplify those, while de-emphasizing the anti-imperialism.

That’s what the Intercept does when it sends someone to interview Chomsky on how Biden is the lesser evil.

That’s what the new “cancel culture” petition is about.

Yes, Chomsky is a free speech absolutist, he’s a lesser-evilist on electoral politics, he’s a two-stater on Palestine, he broadly prefers nonviolent strategies, and is critical of every state, including those targeted by imperialism.

Chomsky says that every US president is a war criminal.

Chomsky talks about the US sanctions against Cuba.

Chomsky talks about the US-led counterinsurgency in Colombia.

Activists in every anti-war movement in the US since the Vietnam war have relied on Chomsky’s analysis and arguments; including movements against Israel’s wars in Lebanon & Occupied Palestine.

Chomsky talks about how propaganda systems work and push for war.

Chomsky believes in challenging the reader or audience: in Canada, he talks about Canada’s crimes, because it’s cowardly to denounce crimes you can’t affect while doing nothing about crimes you can affect.

There’s much more. My point: Chomsky is a proven person of principle, impossible to deny. The Biden people, the “cancel culture” people, they want to use that to advance their agendas.

As they do so, they want you to forget the anti-imperialism that is what Chomsky is really about and has been about for 50 years.

This is just the 2020 iteration of the campaign to contain Chomsky’s anti-imperialism.

Whether you’re disappointed that Chomsky signed that letter or newly concerned about cancel culture because Chomsky signed the letter, consider this option – read enough of his work to get a sense of what it is about, and if you like his ideas, principles, and methods try to assimilate them into your world view. 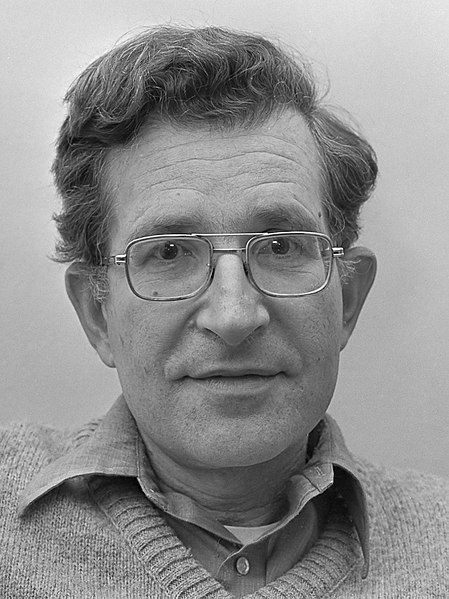 Justin and Dan (that’s Dan Freeman-Maloy, for new listeners) talk about Chomsky – and not just manufacturing consent, but Chomsky’s influence on their political thinking, where they might have tiny disagreements, and how they try to use Chomsky’s work to think through political problems in 2020.

In this episode Justin Podur is the guest and guest interviewer Dan Freeman-Maloy asks the questions. We talk about media, Herman and Chomsky’s propaganda model, activism in a time of social media monopolies, and empires. The first of a series.

Carol Chomsky died yesterday at 78. Two blogs ago I celebrated Noam Chomsky’s 80th birthday, and today I celebrate the other side of the team that gave us all so much. My friend Manuel put it best: May the company of all who love you surround and support you in gratitude for all you have given us. To Carol and Noam.

I don’t talk much about Chomsky because I don’t think anyone who reads anything I would write is unaware of him. Also, because it’s hard to think of what to say about someone who goes so far beyond being an influence or a mentor or a role model. So I went to the site and put this there.