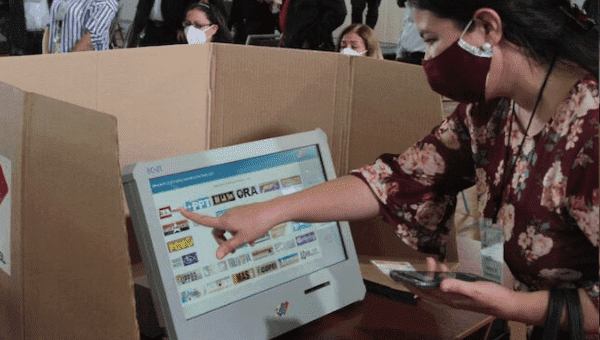 I talk to Maria Paez Victor of the Canadian, Latin American, and Caribbean Policy Centre and the Louis Riel Bolivarian Circle about Venezuela’s revolution, Chavismo, Maduro, the Venezuelan opposition, and the idea of the upcoming Constituent Assembly.

Looks like yet another country will be going to the polls before the United States, with Venezuela set on the course of a recall referendum for Chavez. The article linked is from venezuelanalysis.com, which is where I would recommend English-speakers go. ZNet Venezuela Watch is good too, there is much overlap.

The whole thing is troubling. Even though Chavez and many Chavistas believe that Chavez could handily win the referendum, the point is not and never has been to let Chavez win. This is a destabilization program, pure and simple. And the climate of a referendum offers innumerable opportunities for destabilization. A quote from the article is a good summary:

“We would win the recall referendum by a wide margin, and that would be an excellent opportunity to re-legitimize the [revolutionary] process,” said a pro-Chavez activist who wishes to remain anonymous after losing a debate during a meeting with other grassroots leaders who rejected the recall. “U.S. imperialism wants the CNE to declare that there were not enough signatures for the recall, so they can say that Chavez prevented the opposition from exercising their democratic rights. It’s a trap to label Chavez as a dictator, invoke the OAS Democratic Charter against Venezuela and isolate us,” he said.

Those who reject the recall, arguing that there was fraud, say that it will be hard to combat fraud during the recall vote. Another Chavez supporter said that “they have huge technological resources, the support of the U.S. government, and all the media at their disposal. We are the majority, but they can win with fraud. They did it now, and they can do it again.”

“They won’t get any more votes than the signatures they collected,” said another Chavez supporter.

Chavez loyalists coincide that winning the recall won’t cause Chavez enemies to stop their efforts to oust him. “We have won 7 electoral processes in five years, how many more do we need to win in order to be seen as legitimate?”, asked a pro Chavez activist during the meeting.

It is a horrible situation to be in: the Venezuelans have no choice but to walk into a trap set for them by the US and the local oligarchy — forces that have nothing but a demonstratedly murderous contempt for the people.