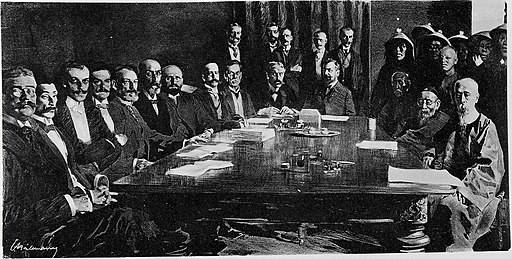 By pure coincidence, we are publishing this episode on the day the world contrasted the the Alaska Summit – a US-China meeting in March 2021, in which China told the US to stop posturing, to the humiliations of the Boxer Protocol of 1901. In this episode, we talk about the terrible famines of 1876 and 1896 in China and India that killed tens of millions of people, the context of the Boxer Uprising of lightly armed but tenacious anti-imperialists, and the further humiliations inflicted on China by the imperialists at the nadir of China’s century of humiliation.