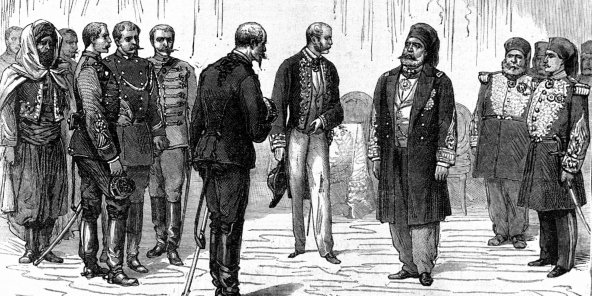 After a bit of comparing and contrasting French colonialism with the British type, Dave tells us about the French Foreign Legion; Then we’re on to a key piece in France’s Scramble for Africa, the theft of Tunis from the Bey, Muhammad Sadok. In the process, the French colonizers insisted they were saving Sadok Bey from a threat from local tribes. He insisted he didn’t need the help, but in the end, Tunisia became a French protectorate.