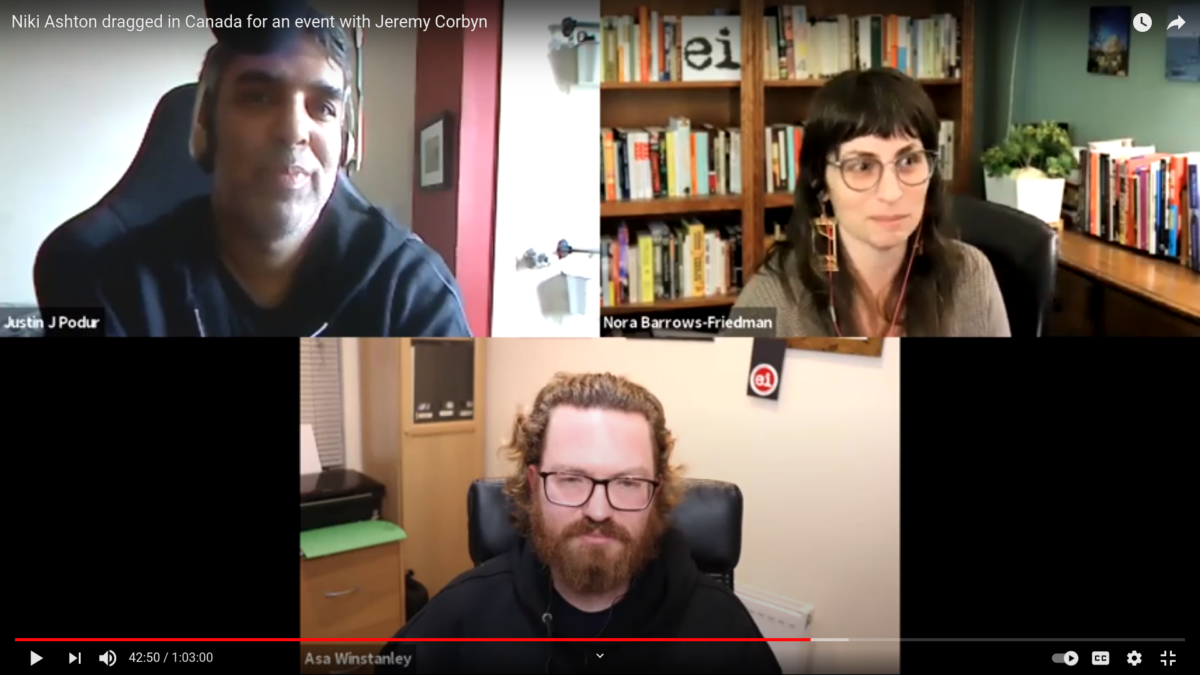 I’m joined by Nora Barrows-Friedman and Asa Winstanley, both of the Electronic Intifada podcast. We’re piecing together the story of how lifelong anti-racist Jeremy Corbyn of the UK Labour Party was taken down by a smear campaign, which began by targeting those around him. Having taken him down, the smear campaign continued and managed to force AOC in the US to apologize for talking to Corbyn on the phone. The campaign has moved to Canada, where NDP MP Niki Ashton has been dragged by media and by her own party for daring to host an event with a fellow left-wing politician from the UK. We analyze the nature of the attack, look at cases including Corbyn, AOC, Ilhan Omar, Marc Lamont Hill, and now Niki Ashton, and speculate about what the best strategy might be for self-defense for those who believe in solidarity with Palestinians.