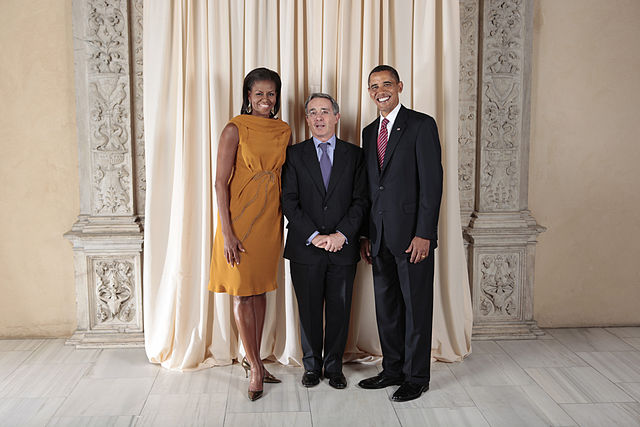 With Manuel Rozental. On August 4 2020, the Supreme Court of Colombia ordered ex-president Alvaro Uribe Velez, now a senator, under house arrest pending an investigation that he suborned witnesses in a case about paramilitarism.

Mayor of Medellin in 1982, governor of Antioquia from 1995-1998, and president of Colombia from 2002-2010, Alvaro Uribe Velez has been implicated in the “para-politica” scandal in which politicians from his party signed pacts with paramilitary organizations to commit crimes in their jurisdictions; in the “false positives” scandal in which the Colombian military killed perhaps 10,000 completely innocent people and dressed their corpses up as rebel fighters to inflate death counts; the “wiretapping” scandal in which he used Colombia’s intelligence agency to spy on his political opponents; and now the accusation that he has suborned witnesses on these and other cases.

What is behind this turn against such an all-powerful and seemingly untouchable politician? And what will he do next? Submit quietly? Agitate for a constitutional change to the judiciary? How much fight does this 68-year old politician have in him yet? We tackle these questions after a highly compressed timeline of Uribe’s career as one of the principal architects of Colombia’s endless war.