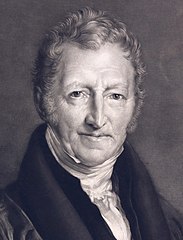 Around the 88th minute of Jeff Gibbs and Ozzie Zehner’s April 2020 film Planet of the Humans, there is a quick cut to footage of Indigenous protesters of the Dakota Access Pipeline, showing that the camp was bulldozed by a machine built by one of the corporate sponsors of an Earth Day event – Caterpillar.

If you want to learn about that pipeline, in 2019 Nick Estes, a professor based at the University of New Mexico from the Lower Brule Sioux Tribe, published Our History is the Future: Standing Rock versus the Dakota Access Pipeline, and the Long Tradition of Indigenous Resistance. Those protesters who faced the bulldozers in the seconds- long sequence were the Water Protectors based at the Standing Rock Reservation in North Dakota, whose incredible movement faced the whole might of US corporate power and colonialism in 2016, inspiring people around the world that year. Estes, who runs a podcast called Red Nation, links the resistance of the #NoDAPL moment to the centuries of Indigenous resistance to colonialism. The Red Nation podcast is a remarkable resource weaving liberatory and anti-imperialist politics from many directions. You won’t find reference to it in Planet of the Humans.

Back to it. Around minute 56, Gibbs, the film’s director and narrator, visits a solid waste incinerator plant in L’Anse Michigan, and talks to local activist Catherine Andrews. Gibbs tells her this isn’t just an ordinary town, and Andrews agrees: “It’s Lake Superior,” she says. “It’s our Lake. A very sacred place to many people.” If you look at the maps produced by Sam Hillard you can see that sacred place was stolen from the Chippewa Anishnaabe, who use the name of the lake (Gichi Gami) in the name for their people (Gichigamiwininiwag). To them, no doubt the lake, and the territory, is sacred. Under the leadership of Chief Buffalo, the Chippewa fought to stay in the region when US president Zachary Taylor, veteran of the invasion and occupation of Mexico from 1846-48, tried to remove them west of the Mississipi in 1850, killing hundreds of Indigenous people through deliberate starvation at Sandy Lake (sanitized in US historical memory as the “Sandy Lake Tragedy”).

Let’s start back at the beginning of the film. The first question Gibbs asks in his people-on-the-street interviews is, “How long do humans have left?” Planet of the Humans is based on an apocalyptic politics, a politics of what one group of leftist writers called Catastrophism in a 2012 book. One of the book’s contributors, Eddie Yuen, points out that the environmental movement does not have adherents proportionate to its apocalyptic predictions – catastrophism, it turns out, is not the most politically compelling stance.

Later on in the film, around minute 46 (a point I’ll return to) one of Gibbs’s (uniformly white, uniformly American) expert interviewees, anthropologist Steven Churchill, spells out what this apocalypse means to the filmmakers: “without seeing some sort of major die off in population,” he says, “there’s no turning back.”

On the topic of apocalyptic die-offs: Spain, Portugal, England, and their settler colonies (notably the United States, where Planet of the Humans is exclusively set) committed a series of genocides killing more than 90% of the Indigenous peoples of the Americas. Those genocides are what made land available for the filmmaker to experiment with sustainable living on a homestead in Michigan centuries later. Settler-colonialism is why Okhay Owingeh Pueblo science fiction writer Rebecca Roanhorse noted that Indigenous people have “already survived an apocalypse.” The history of that apocalypse is available to anyone willing to read, whether it’s in Gerald Horne’s books the Dawning of the Apocalypse, and Apocalypse of Settler Colonialism, David Stannard’s American Holocaust, or Roxanne Dunbar Ortiz’s Indigenous People’s History of the United States. Indigenous understandings of the world and the land are available from Leanne Betasamosake Simpson’s As We Have Always Done, Winona LaDuke’s All Our Relations, and many others. Perhaps the most urgent imperative is expanding and restoring the Indigenous land base, as outlined by the late Arthur Manuel in the Reconciliation Manifesto. That action – summarized in the slogan “Land Back” – would be the most efficient way to reverse the destructive processes leading to climate change.

You will find no awareness of this history, indeed no knowledge of any Indigenous or Black or non-US writer on any topic, in Planet of the Humans. Which would be fine. But the film was not called “7% of the Planet and 3.1% of the Humans” (the US landmass and the percentage of humans that are the white Americans who are interviewed for the film). It was called Planet of the Humans.

Executive Producer Michael Moore, who traveled to several countries and met and spoke to numerous non-US humans (even communist humans) in Where to Invade Next and Sicko, should have helped expand the range of humans spoken to for the film. Alas.

From minute 45-52, each one of its experts is interviewed introducing a revolting level of Malthusianism into the film’s core. Richard Heinberg says there are “too many human beings using too much too fast.” Steven Churchill, the worst of them, says “as a global community we really need to start dealing with the issue of population… species hit the population wall a lot and then they crash. I mean, that’s a common story in biology…. it’s the natural order of things… a large percentage of that number is supported by industrial agriculture which is heavily subsidized by oil… without seeing some sort of major die off in population, there’s no turning back.” Nina Jablonski says “population growth continues to be the herd of elephants in the room.” Steven Running is asked if humans are “smart enough to regulate our own presence.” Then Gibbs himself takes the microphone and goes solidly into population bomb Malthusianism, talking about the “population explosion” of the 1800s and the “total human impact” having risen by 200 times – as if the impact of an Indigenous person in the forests of India is in any way comparable to the impact of a Jeff Bezos, an Al Gore, or a Vinod Khosla. “We humans,” he continues, “are poised for a fall from an unimaginable height. Not because of one thing, climate change alone, but all the human-caused changes the planet is suffering from.”

The over-reach here is hair-raising. The population “explosion” Gibbs cites began at the peak of colonialism over Asia and Africa and after the aforementioned apocalypse of settler-colonialism first struck the Indigenous peoples of the Americas. A miniature version of that population “explosion” has recently occurred with the displacement of 37 million people due to US terrorist wars in Asia. The most basic, elementary insights in the field of demographics are 1) that war and displacement cause population increases and 2) that female education and empowerment stabilize birth rates at around 1-2 children per woman (as communist jurisdictions like Kerala and Cuba have shown). But you won’t find any of these basics in Planet of the Humans. Instead, the film gives us a series of white Americans sounding off about “overpopulation” as if none of this knowledge exists. As if Betsy Hartmann hadn’t written Reproductive Rights and Wrongs: The Global Politics of Population Control in 1995. As if Ian Angus and Simon Butler hadn’t written Too Many People? Population, Immigration, and the Environmental Crisis in 2011. This panel of talking heads gives us pure Malthusianism, one of the cruelest ideologies of 19th century colonial England, written to justify the British Empire’s famines in India and Ireland. If not “7% of the planet and 3.1% of the humans”, this film might better be called Planet of the Dehumanized, following reviewers Gert Van Hecken and Vijay Kolinjivadi.

Not every environmental documentary has to do everything, and even in a settler-colonial framework, sincere environmentalists can make some good points. As Max Blumenthal’s investigation at the Greyzone shows, Gibbs and Zehner’s criticisms of the co-optation of the environmental movement by extractive industry and tycoons like Blood, Gore, Branson, Khosla, and Grantham hold up. So, too, do the film’s critiques of the problems with solar and wind energy at scale: intermittency, rare earth mining, the devastation of biofuels, and the destructiveness of corporate infrastructure megaprojects. There is indeed a campaign to corrupt and co-opt the environental movement and it has been successful, including in introducing the very mentality that Gibbs criticizes as “the profit motive”, the “takeover by capitalism” of the movement (mentioned at minute 80).

So yes, as reviewers Van Hecken and Kolinjivadi (and Max Blumenthal) point out, the film was roundly criticized by many environmentalists (including the co-opted) – who argued, mainly, that the intermittency and efficiency problems of green technology were on the way to being solved. But the worst problems with the film are premises shared by the filmmakers and many of their critics.

Talking about “humanity” and its fall from an “unimaginable height”, Gibbs asks: “So why are bankers, industrialists, and environmental leaders only focused on the narrow solution of green technology? Is it the profit motive?”

Whatever the solution is going to be, Gibbs imagines it will come from “bankers, industrialists, and environmental leaders.” Not – notably – from governments. And so, at a stroke, the most powerful tool that could be brought to bear on the problem is excluded. Instead of finding an expert on industrial policy, planning, economic history – someone from any other part of the world where the government plays a different role in planning and directing economic activity – Gibbs talks to a social psychologist named Sheldon Solomon who quotes Camus and suggests that the solution is that we come to “grips with our anxiety about death and life.”

To Gibbs and Zehner, it isn’t a system of rationing, a government-coordinated, egalitarian plan that can get us to environmental stability. It is, at minute 88, “awareness… awareness alone can begin to create the transformation. There is a way out of this… we humans must accept that infinite growth on a finite planet is suicide. We must accept that our human presence is already far beyond sustainability and all that that implies.”

To repeat: after doing an adequate job of showing the destructiveness of capitalist accumulation and philanthropic movement co-optation, the film suggests that the solution is “awareness alone.”

Nonsense. Serious readers can close Youtube at this point and crack open Stan Cox’s Green New Deal and Beyond, and get with a program called “cap and cope.” It goes like this: End subsidies to fossil fuels. Lock companies out of public lands. Ban fracking. Bust pipelines. Stop oil and gas exports. Deprive fossil fuel companies of investment. Put an impervious cap on the total supply of fossil fuel that ratchets down year by year until fossil fuels is zero. Dismantle the US military and its militarized police. Ration the means of survival to ensure everyone gets enough and ensure that the sacrifices that are made are equal. In other words, create a system where human ingenuity is used in the service of the planet and of humans and not in the service of circumventing the weak, industry-compromised regulations of the American oligarchy.

US-centrism means ignoring other examples of epic human effort to overcome seemingly impossible odds. The Soviet Union, after a devastating civil war and several famines, rebuilt its industry and defeated the most formidable military machine ever assembled – that of Nazi Germany – using economic planning. In our time, China has eliminated poverty within its borders by using economic planning. But a US film steeped in settler-colonial premises would not be interested in achievements from those humans on the wrong side of American ideologies.

Fredric Jameson is quoted saying that it is easier to imagine the end of the world than the end of capitalism. Planet of the Humans is a 94 minute unfolding of that idea, a caricature of the failure of imagination.