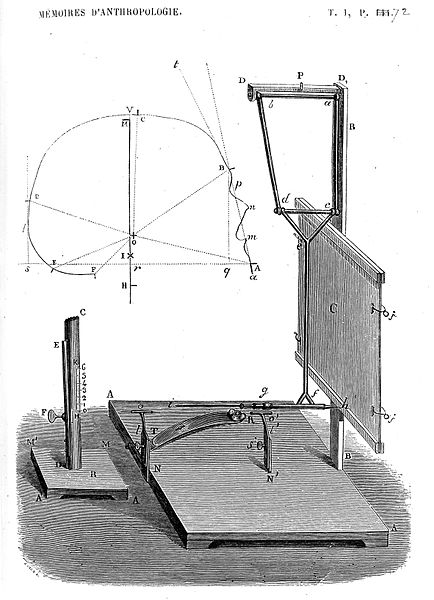 The racist analogies have not held up for centuries, and yet they continue to crop up from unqualified and prominent figures today.

British Prime Minister Boris Johnson has been known to have an interest in eugenics, but despite the persistence of support for this discredited idea over the years, eugenics is a scientific and moral failure.

In February, an adviser to Johnson resigned when some old racist posts he wrote in 2014 emerged. The contractor, Andrew Sabisky, called himself a “superforecaster” by trade and trafficked in theories of race and intelligence. Footage resurfaced of Boris Johnson talking about genetic inequality and IQ in 2013. Articles announce that “eugenics is back” every few years (2018, 2016, or 1989), so it is probably the case that eugenics never left. With the political right in the ascendant in many parts of the world, it is inevitable that the pseudoscience of eugenics would be on the rise with it.

Some academics will also follow, as they have from the days when craniometry justified the British Empire. Richard Dawkins, a retired Oxford biologist active on Twitter where he was called a “tedious old racist” in 2018, tweeted in February what was likely a reaction to Sabisky’s eugenics scandal:

“It’s one thing to deplore eugenics on ideological, political, moral grounds. It’s quite another to conclude that it wouldn’t work in practice. Of course it would. It works for cows, horses, pigs, dogs & roses. Why on earth wouldn’t it work for humans? Facts ignore ideology.”

The comparison of human “races” to dog breeds is so pervasive that it should be answered comprehensively, and the tweet should be picked apart in detail. The comparison has nothing to do with science, as I will show, and should be abhorred by the scientifically minded.

Dawkins’ posture is one where he claims to want to distance himself from eugenics “on ideological, political, moral grounds,” while suggesting that the “facts” are in favor of eugenics. The “facts” in this trope aren’t a matter of argument and evidence but some kind of secret magic that only those with a strong stomach can handle. The less brave and bright resist the “facts” out of fear that they will clash with our “ideological, political” commitments. But as far as eugenics goes, there are no “facts”: eugenics has been an intellectually corrupted project from its inception in the 19th century. Eugenics comes to us from a time when the British Empire was plundering the world and its proponents went looking for evidence to prove racist conclusions they already believed. No one who understands science fears that racists will abuse eugenicist “facts.” As anthropologist Jonathan Marks writes in his book Is Science Racist?: “[T]here is no fear of potential abuse of knowledge. There is simply the collection and dissemination of intellectually corrupted information. That is the legacy of scientific racism.”

Like climate deniers who work in fields of science other than climate and make public statements to try to pretend there is no consensus on the topic, Dawkins used his authority as a retired biology lecturer to tweet claims outside his area of expertise. A scientific organization that has authority on the topic, the American Society of Human Genetics (ASHG), made the following three points in a 2018 statement:

“Genetics exposes the concept of ‘racial purity’ as scientifically meaningless”

Dawkins’ defenders might now argue that his tweet had nothing to do with racism and that it is just about eugenics. That the entire pseudoscientific history of eugenics, pervaded and corrupted with racism, is irrelevant to his claims about “practice” and “facts,” by reference to other species. Dawkins mentioned the breeding of “cows, horses, pigs, dogs & roses.” There are different flaws when each of these comparisons is put under the microscope.

Roses? Spraying fertilizer on roses helps them—does it help us? There is almost nothing that works for the plant Rosa gallicanae that also works for us, so that can be quickly dispensed with.

Cows and pigs are bred to be docile, to pack on as much edible meat as possible in a short amount of time, and ideally to go quietly to their deaths. Unless Dawkins envisions a cannibal future, cows and pigs are irrelevant to this analogy with humans. (It is worth mentioning that these are also two of the planet’s three most abused animal species—the chicken, of whom 69 billion were slaughtered in 2018 compared to 1.5 billion pigs and 302 million cows, wins this heart-rending competition.)

That leaves horses and dogs.

Horses were once our choice animal for transportation. Now that we use fossil fuels, most horses today are involved in what the Equine Heritage Institute calls “recreational horse use,” in which the horse is made to carry a person on its back and run fast for our entertainment.

With the other animals eliminated, Dawkins’ argument comes down to the comparison between humans and dogs. Dog breeding has been done for many thousands of years, and dogs have been bred for many jobs.

Does it “work”? Specifically, since the idea is if it works for dogs it could work for humans, does breeding work for the species being bred (dogs, or in Dawkins’ implicit proposal, humans)? Of course not. From the perspective of the dog, it is a nightmare.

A couple of popular internet memes sum up what thousands of years of dog breeding have achieved for the bred species. In one, a stunning photograph of a wolf is shown thinking: “Humans at a campfire… It’s cold and I’m starving, maybe I should ask for some scraps. What’s the worst that could happen?” Below, captioned “10,000 years later,” is a photo of a pug in a knitted hat made to look like a birthday cake. Similarly, photos of a wolf and a pug are used in another meme, where the photo of the wolf says “product of evolution,” and the photo of the pug says “product of intelligent design.”

This latter meme reveals the irony that Dawkins of all people should make the eugenicist claim that dog breeding “works.” In The God Delusion as well as much other work, Dawkins’ principal argument against the existence of God is that evolution can produce more complex forms of life (including human intelligence) than any divine intelligence could. Similarly, the artificial selection of dog breeding has—as the humorous memes demonstrate—propagated traits that are disadvantageous to dogs compared to what natural selection was able to do for the wolf.

The 2008 BBC documentary “Pedigree Dogs Exposed” investigated the UK’s Kennel Club and the breed standards that have led, by breeding exclusively for appearance, to a dog population with hundreds of genetic diseases. What is called “breeding” to achieve these traits is better called “inbreeding,” with brother-sister, mother-son, father-daughter, and father-granddaughter matings regularly made—there are no incest taboos, no health considerations, and no concern for genetic diseases made in awarding prizes at dog shows. Perfectly healthy puppies—like Rhodesian ridgeback puppies that don’t have the ridge, which actually brings with it additional health risks—are killed at birth to maintain the “purity” of the breed. Kennel Clubs and breeders were offended by comparisons of dog breeding to racism, but the shared history is beyond dispute. Kennel Clubs were founded in the late 19th century, after Carl Linnaeus, Comte de Buffon, and Arthur de Gobineau had laid the intellectual foundations of scientific racism, and there was the freest exchange of ideas between eugenicists and dog breeders. Also in the late 19th century, Canada’s first prime minister, Sir John A. Macdonald, whose statues have had travails in Montreal and Toronto leading to scolding and arrests, said that “the Aryan races will not wholesomely amalgamate with the Africans or the Asiatics… the cross of those races, like the cross of the dog and the fox, is not successful.”

In “Pedigree Dogs Exposed,” the documentarians show old photos of breeds like German shepherds and bulldogs that had long legs and upright postures, contrasting them with the top dogs in those breeds today, whose legs get shorter and shorter as their mobility decreased. Those are the “show dogs.” But “working dogs” aren’t beyond question either. Bulldogs were bred, as the name indicates, for fighting with bulls for entertainment. Pit bulls, for fighting one another. Dobermans, for protecting a rent collector. Is this work that should be done? In reality, breeding dogs for these jobs was of dubious benefit to human society; trying to make the case that it was beneficial to the dogs, as a species, is preposterous. And if that is true for dogs bred solely for work, how much sadder is it for the pedigree dogs bred solely to meet circular aesthetic criteria (one breeder, asked about the morality of killing puppies who lack the ridge, responded: “Well, if it doesn’t have the ridge, it’s not a ridgeback, is it?”)?

Perhaps Dawkins envisions a well-funded eugenics department that could overcome incest taboos and ethics reviews, as well as the small matter of human reproductive freedom, to use inbreeding to create human breeds. But what most eugenicists are really interested in is not such a scientific project. They are interested in the idea of racial differences in intelligence.

But dog breeds provide no insight into how this aspect would work for humans either. Dogs, the outcome of artificial selection, have breeds that can be identified by their genotypes. A paper about the differences between dog breeds and human “races” that appeared in the journal Evolution: Education and Outreach in July 2019 stated that about 27 percent of dogs’ genetic variation could be explained by breed. Humans are the outcome of natural selection, and most genetic variation occurs within human groups. Classifications of humans by genotype don’t match up with what racists think of as the different human “races.” The closest science can get to the racist position is the trivial point that people who are close together geographically are (relatively) close together genetically. And even this regional variation can explain only 3.3-4.7 percent of human genetic variation, according to the paper.

It is this regional variation that is being exploited by mail-order genetics companies like 23andMe, which Marks calls “science-lite,” because its users accept the findings they like and reject the ones they don’t, which is probably the intended way to use the test. As for “race,” there is no such thing, except for racism, which is the unscientific belief that there are such things as distinct human “races.”

So, is dog breeding successful? Dog breeding has been disastrous for the dog as a species. Does dog breeding provide evidence that eugenics could work? The analogy between dog breeds and human “races” is broken.

If racists want to push eugenics, the rest of us should realize that they do so without the backing of science, which has moved on, leaving the detritus behind.