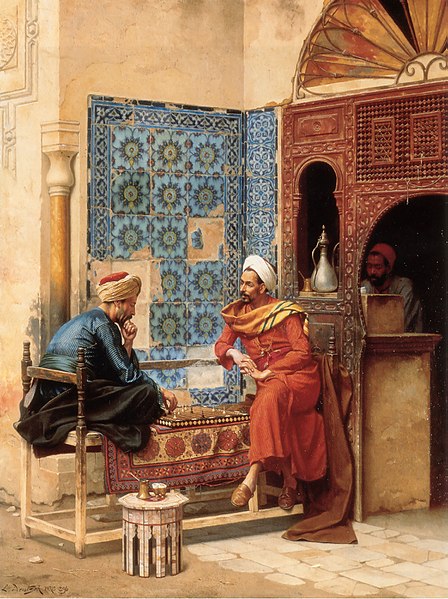 [This is one of a series of blog posts about the politics of my 2019 thriller novel, Siegebreakers, in which a team of heroes battles to break the siege on Gaza. Much of the politics and technology of the book is discussed and referenced in the Afterword: here I’ll take on specific issues once in a while and extend the discussion.]

One of the goals I had in writing Siegebreakers was to “de-exoticize” Palestinians, and along the way, Arabs and Muslims. The best way to explain what I mean is through an example.

In Siegebreakers, you won’t hear any of the Arab-speaking characters say “Allah”, “Inshallah”, “Ya Allah”/”Allahu Akbar”, or “Mashallah”. Instead, I use the most colloquial English translations: “God”, “If God wills it”, “Oh God”, or “Thank God”. In Western writing, media, and pop culture, using Allah instead of translating to God, or even using literal translations like “God is Great” instead of just “Oh God”, is exoticizing. It creates a distance between the Arab-speaking character and the English-speaking reader, and one that is unnecessary.

I say it’s an unnecessary distance because there are times when real cultural differences exist and come into play in interactions between people – on a human level and on a political one. But in the case of “Allah” and “God”, these words are used the exact same way by Arab-speakers and English-speakers, at the exact same times and in the same contexts. There isn’t a cultural difference between someone who sees something horrific and says “Ya Allah” in reaction and someone who says “Oh God”. It’s an artificial difference.

One way that Arabs great each other in the morning is to say “Sabah al Khair”, to which the response is “Sabah al Nur”. I’ve read one book (I won’t say which or by whom, no need to get into that here) where the author (a Westerner) renders the Palestinian characters saying “Morning of Joy,” and the response as “Morning of Light”.

Like so much in Siegebreakers (and I’d argue every other piece of art you’ve ever read, I’m just more honest about it) there’s a political agenda behind the de-exoticization. The distance between Western readers and even fictional Palestinians is part of what makes Westerners accept the injustices that are happening in Israel/Palestine. Exoticization extends that distance.

I don’t de-exoticize everywhere. Elsewhere in the book, reminding readers of the science-fiction nature of high-tech warfare and surveillance conducted on Palestinians by Israel is done through science-fiction like world-building techniques. The best exoticizer of the present that I know is author William Gibson. Decades ago, Gibson wrote science fiction (with a lot of implicit critique of corporate power and capitalism and where things were headed with computers and the internet…), whereas his more recent novels are set in the present, though they are still adventure books with extensive world-building, science, and technology in them. It’s just that our reality is science fiction now, so Gibson doesn’t have to speculate so much as describe the present.

When I went to Occupied Palestine in 2002, I felt my lack of Arabic and decided to remedy it (not entirely successfully, as you’ll see). Back in Toronto I took three years of university Arabic – it was my good luck to have the same Palestinian linguist for a professor even though it was at two different universities over several years. I got an A in Beginning Arabic, a B in Intermediate, and a C+ in Advanced (probably the plus was pity – I had too much going on by the time I was in advanced Arabic to apply myself properly). When I thought about how to render some of the Arabic conversations that I imagined, I heard my professor’s voice: she insisted that Allah was just the Arabic word for “God”, and that we translate it as such. So it’s not just a political or literary imperative: de-exoticization also keeps me out of trouble with my Arabic prof.